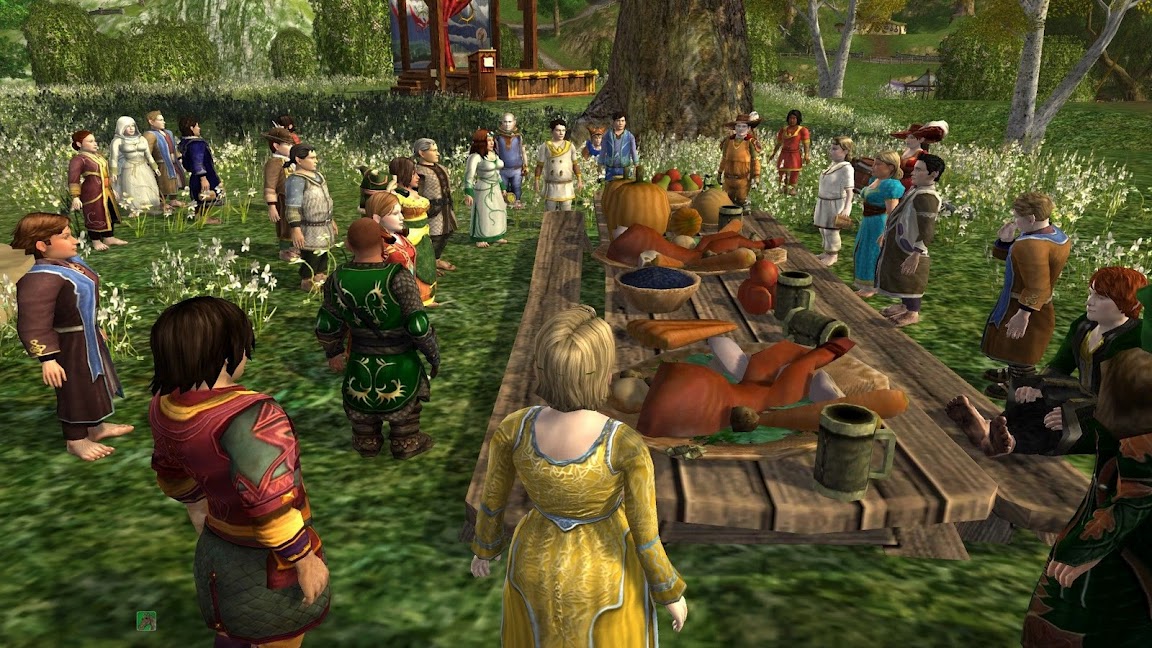 The Grand Order of the Lost Mathom

The Grand Order of the Lost Mathom is a primarily scholarly society, more often known simply as The Grand Order or The Order (similarly, the members often call themselves Mathomers). The Order is dedicated to the preservation, collection and further understanding of mathoms, while at the same time keeping alive old hobbit traditions of storytelling, poetry and song, through study, lectures and regular performances… in-between enjoying the grand life in The Shire, that is, with many a meal, lots of tea and regular parties.

“We are brought together by our deep love of the Shire, its fields and pastures, and the protection of its borders and all we hold dear. Mathoms as you will learn have a special place in our heart.” Rowana Fairborn – Founder of The Grand Order

The Order was officially founded in SR 1413 by Rowana Fairborn, with the support of Thain Paladin Took II. Even before this time it had existed in all but name through an informal group of friends, meeting once a week at the Golden Perch in Stock to share stories and songs around the fireside.

In SR 1414, The Order found its collective home in Songburrow Hall, a large and rambling burrow at the heart of Songburrow, a small village in the Southfarthing of the Shire. Here, The Order possesses arguably the finest and most comprehensive collection of mathoms outside of Society hands and a library of scholarly works, family and genealogical records second only to that of the Great Smials in Tuckborough, the ancestral home of the Took family.

The collection itself is impeccably curated and items are often exhibited or lent out to interested parties, though the majority remains on non-permanent display at Songburrow Hall.

The name of The Order is thought to originate from a single leaf of parchment, documenting the journey of the Fallohide brothers Marcho and Blanco as they crossed the Brandywine and settled in the Shire. In this brief account, of which the sole copy resides in Songburrow Hall, mention is made of an object of great significance – the so-called ‘Lost Mathom’. The exact nature and whereabouts of this mathom is the matter of continued debate.

Almost from the outset, The Order attracted the unwarranted attention of The Mathom Society, in particular the Keeper. Brombard Foxtail has on numerous occasions expressed concern over ‘the acquisition of a substantial number of mathoms’ held in private hands. Relations between The Society and The Order can best be described as ‘frosty’, with any ill feeling kept to scholarly one-upmanship and heated debate rather than outright hostility.

Outside of scholarly circles, The Order is well known for its ongoing charitable program to learn hobbits their letters. This sponsorship extends beyond mere donations, with members of The Order taking an active role in teaching and keeping the traditions and stories of the Shire alive and well through tales and song.

Throughout the year, the Historical Society produces a series of field trips with an educational and informative bias. These practical excursions to famous landmarks or forgotten corners of the Shire are immensely popular with young and old alike.

The Order also enjoys two dedicated groups of musicians, The Songburrow Strollers and The Brandy Badgers, as well as an acting troupe. The Mathomers are keen on keeping The Shire a vibrant and lively place for hobbits, and thus hosts both regular events (like Green Dragon Friday and the biweekly Michel Delving market) and one-off get-togethers like storytelling nights, wassailing, picnics and parties.

The current chief of The Grand Order is Lina, with the practical day-to-day activities being shared among the voluntary assistant chiefs Tibba, Nimelia, Potty and Pycella.

The position of assistant chief carries no formal title, but vacancies only come up rarely as the office is traditionally held for life.

Membership to The Order is either by recommendation or more formally by a letter of invitation to the Secretary at Songburrow Hall, 4 Brookbank Street, Songburrow, The Shire.

In practice, potential members come from all walks of life but the successful ones stand apart because of their inquisitiveness, sociability and aptitude.

Members enjoy a wide range of benefits, not least of which is access to the extensive library (not to mention the larders, pantries and cellars), and mathom collection of Songburrow Hall. Members are actively encouraged to seek out and identity items of interest to add to the collection.

On the surface, The Order is often perceived as being somewhat secretive and self-centered.

It is common knowledge that many Mathomers are extremely well informed, not just on important matters, but on the smaller apparently insignificant details of everyday life.

In recent years, with the coming of a darker shadow to the once quiet woods of Overhill and the outlying districts of the Marish, this has led to the popular belief that a Mathom Watch exists – silently listening and observing and ready to act should the need arise.

Whatever the truth, you need only to dig a little deeper to find signs that The Order exerts a gentle but persuasive influence on affairs throughout the Four Farthings of the Shire… and beyond.

All good things must come to an end, including the yuletide. But let’s send off them grand days in a festive manner! Date: Sunday January 30 Time: 7:30PM UK time Location: 4 Brookbank Street, Songburrow, Shire homesteads It is time to lower the yule trees. But why not make a party out of it? So,...
Jan
31
Mon
7:30 PM Brandy Badgers Rehearsal @ Michel Delving
Brandy Badgers Rehearsal @ Michel Delving
Jan 31 @ 7:30 PM – 9:00 PM

Rehearsal for The Brandy Badgers! New song notes are available in the usual place! The Badgers rehearsals are public, so stop by if yer want to listen and dance a bit. Date: Every other Monday Time: 7:30PM UK time onwards Location: Michel Delving, town square
View Calendar