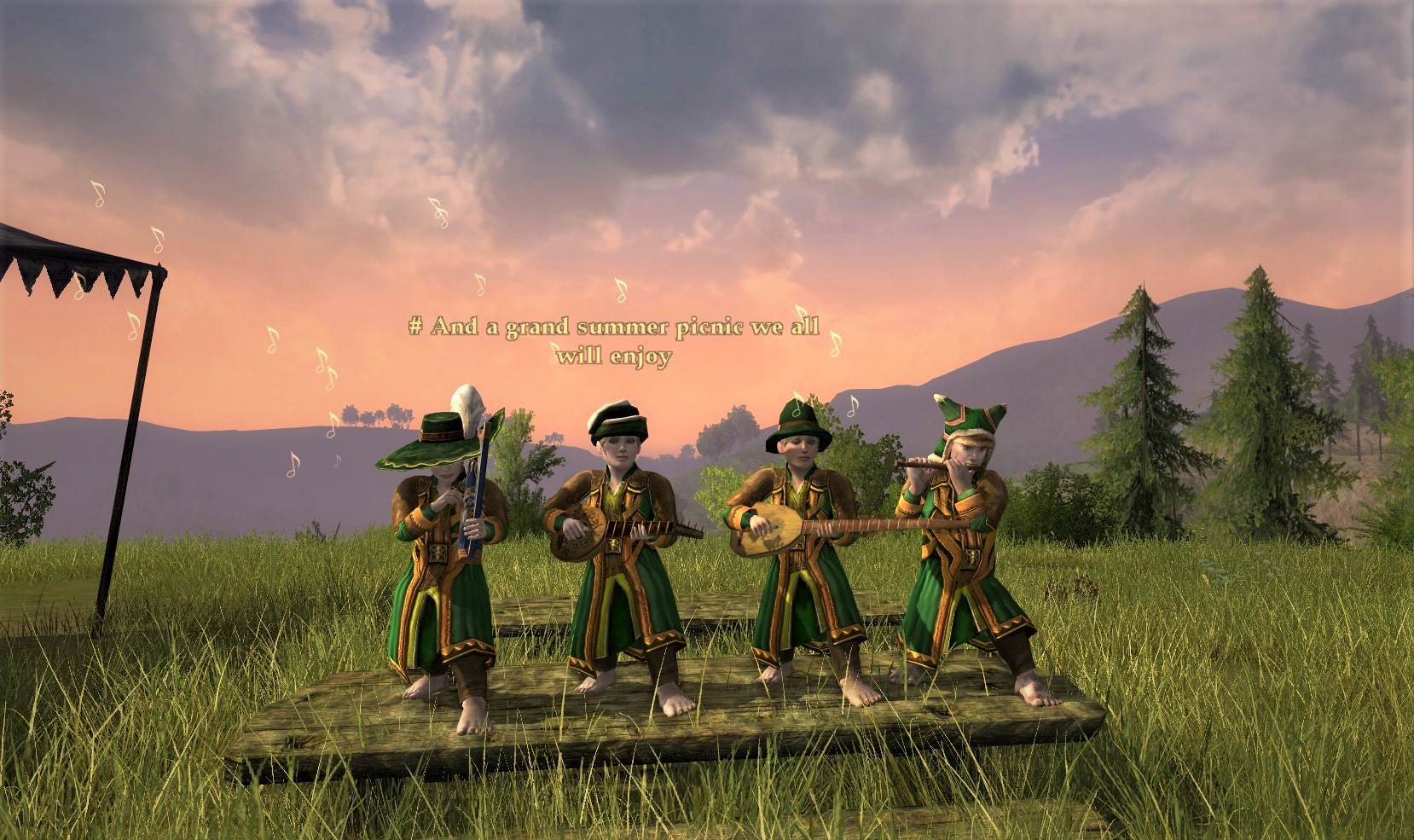 Here’s our second Shire forecast for you. It gives yer a good overview of the seasonal weather, some of the latest happenings in the Shire, and other things of hobbit interest.

(Please note that this is not the Shire orecast, these two publications are easily mixed up with each other.)

Spring is turning into summer. The days are even brighter, ever more colourful, and warmer too. According to the weather gammers, this summer should be generally warm and sunny, but likely with regular bouts of rain. The farmers and gardeners are happy with this information, yet some hobbits are hoping for so-called “well-behaved” rain that only pours down during the night so they can spend their days out in the sun without getting an early yule bath themselves. 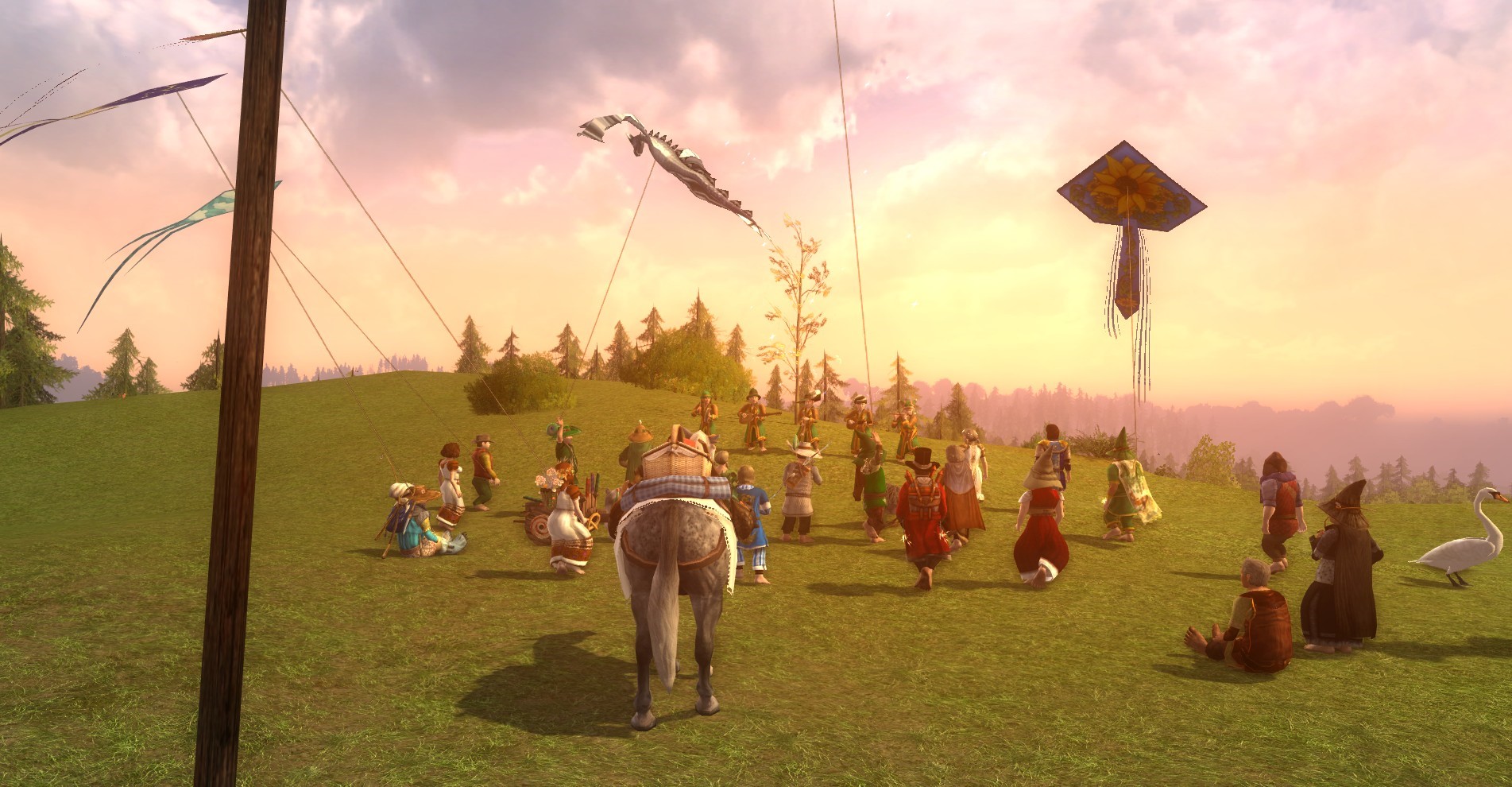 Nice weather opens up many opportunities to spend some time outside. Hobbits like to take things lazier during the warm summer months – having picnics, going fishing, or napping in the hammock. However, there is one thing that could disturb the lazy Shire peace – the many summer earworms popping up here and there.

The roads to Yondershire are now open, and hobbits have been keen on visiting these lands and dwellings. Many hobbits are also looking for long-forgotten relations over yonder, to save on the inn fees as they plan a summer visit. The lands might also provide new hiding places for lads who run away from their own weddings. Them will be safer than the usual hiding places, like the Lone-Lands, a safe haven for the lone lads.

Yes, this is the time for wedding gossip too. Mostly because the hobbits really look forward to weddings – when it’s not their own wedding, that is. Weddings involve a huge feast, so it’s only natural for hobbits to keep an eye out for possible brides and grooms everywhere. According to unnamed sources, there might be even six secretly dating couples this year in the Shire. A local anonymous pie seller has been spotted cutting the grass on her “friend’s” yard once again, even in the late hours. The time will tell if we will get a feast wedding in the Shire during the summer – that would be lovely!

There and back again – furniture thieves on the loose

As the roads to Yondershire have opened up, there have been many reports of missing furniture in the Shire villages. However, the thieves seem to bring the furniture back again. The bounders haven’t been able to solve the case. There’s some uncertainty whether they have even started working on it. It remains to be seen if this case will ever get solved. Maybe something to work on during the summer days? 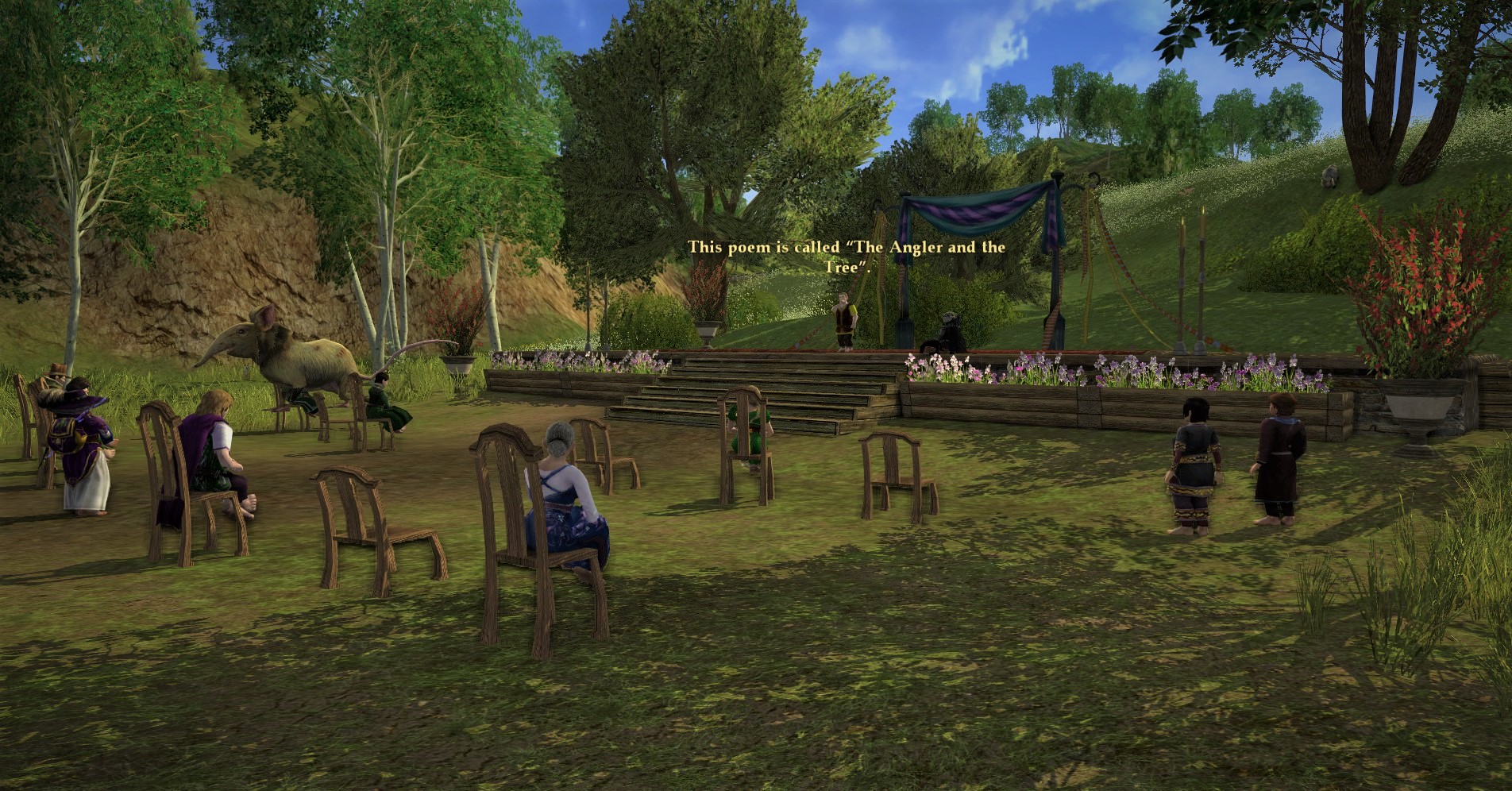 Summertime means lazy days for many, and some might even be on travels. According to local gossip, a few hobbits might even travel all the way to foreign lands. However, there are many events to look forward to in the Shire: the Grand Summer Picnic on The Hill, featuring the traditional pie rolling run, parties such as anniversaries, burrow warmings, the Summertime Bard competition, maybe even some lazy hobbit gatherings and fishing. Dia is looking for actors for her new play, so have a chat with her if you would like to take to the stage. The Hobbitry kinship is celebrating their anniversary, a party likely blessed by the merry presence of this year’s May royalties. Miss Almi is planning another nature-themed lecture, this time regarding bees. So better prepare yourself for many bee puns. Whatever your summer plans are, we wish you merry days!