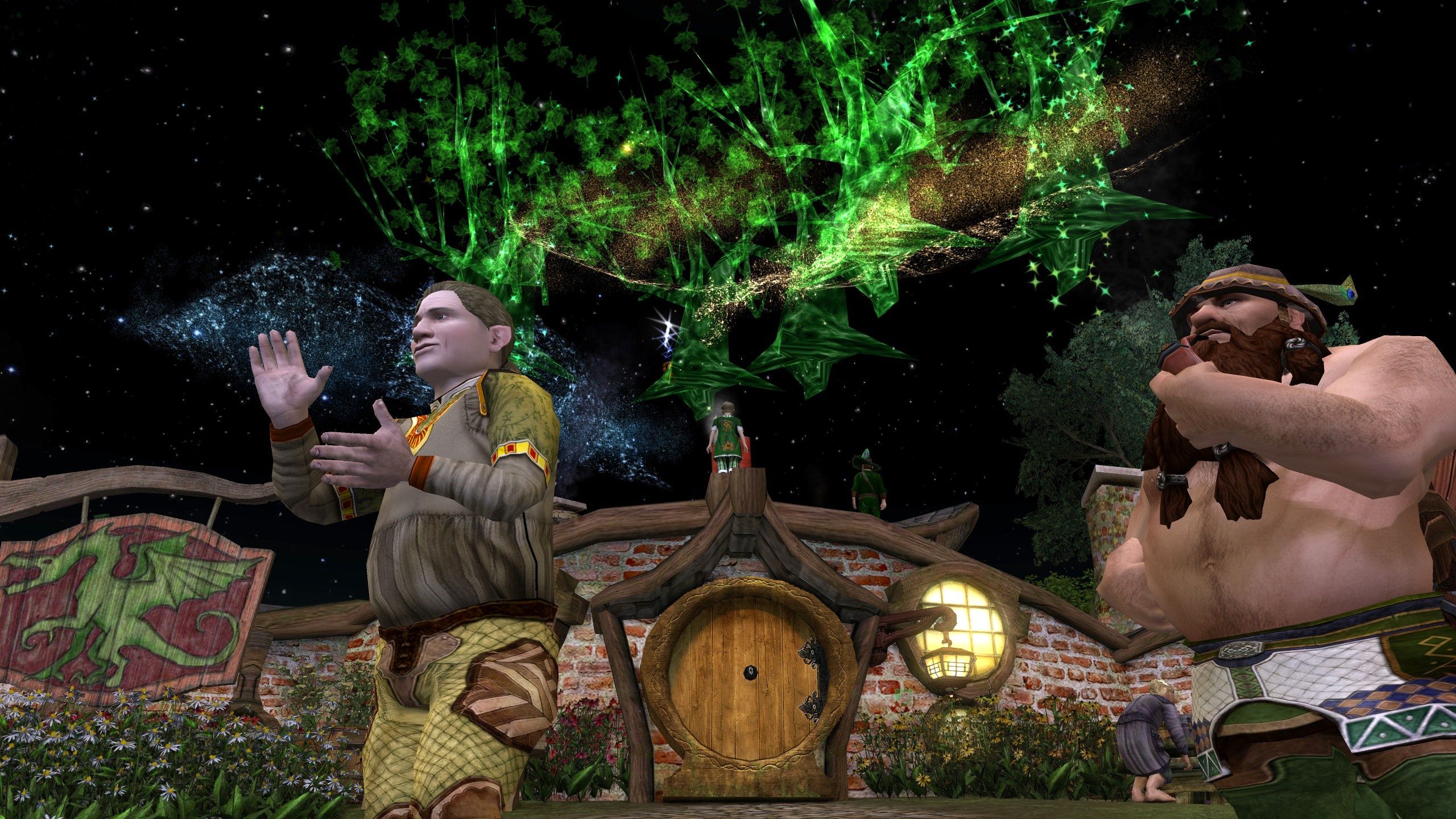 I’d like to take the opportunity to thank everyone who helped make the 14th anniversary party of Green Dragon Friday a grand and jolly celebration! This includes everyone who attended the party, all those who sent prizes for gifts and raffles, and everyone who entertained. Warm thanks to everyone!

Special thanks to the five brave hobbits who entered the pie baking competition. The five entries were:

The competition was hard this year, since all entries were of the highest caliber. The judges, Nannie and Pycella (thanks to both for assisting!), had a hard time choosing the winner.

In the end, Diaspore was crowned the champion with her Appleberry Cider pie. Congratulations!

The winning entry was a golden-brown lattice-top pie with sugar-glazed blackberries and apple slices peeking through. It was baked in honour of the Green Dragon because the green apples taste of orchards at home, the blackberry tartness dances on your tongue, the cider makes you merry, and it’s a grand pie to share with friends. When asked why she baked this pie in particular for the GDF anniversary, Dia said: “Well, all the good times we have in the Dragon. I wanted to include the memories in the pie.”

The guests at the Dragon made short work of the remaining pies after the competition.

Green Dragon Friday now moves into its fifteenth year, still aiming to be a lively weekly gathering for Shire hobbits. Newcomers are always welcome, as are old friends. If yer wish to be involved in the planning of the event, don’t be shy: Just have a chat with Pycella or me. And stop by Bywater every Friday evening for an ale and the latest gossip!