A pipe of Old Toby 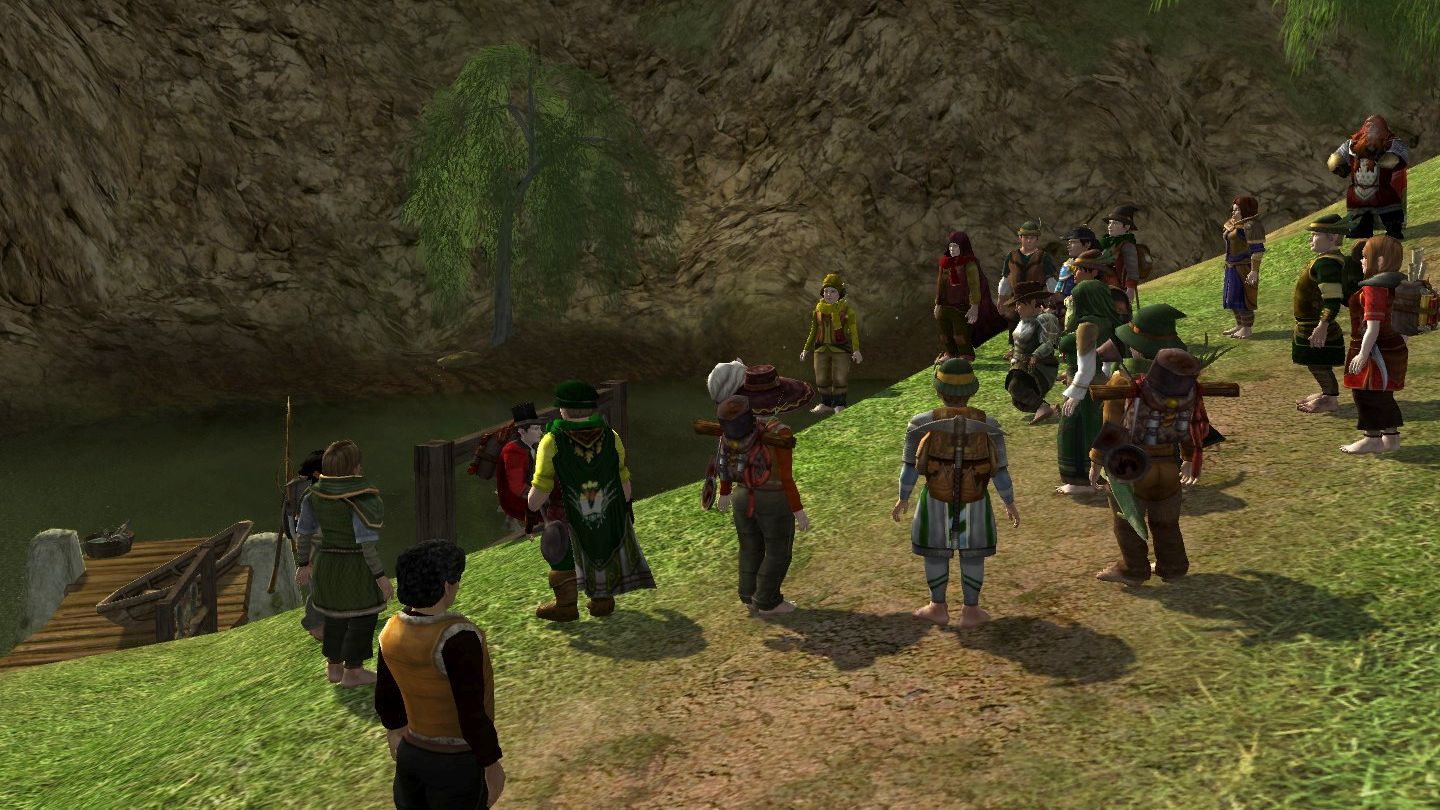 Our old notice board went down a while back. Luckily, we managed to save some of the information there before it all blew away. So we’ll be posting some of the old things from our archives from time to time!

Here’s a report that Rowana wrote about the seventh Historical Field Trip, when we visited Needlehole in 2012.

A pipe of Old Toby

There was much excitement when the Historical Society announced their forthcoming Field Trip – the 7th such excursion since the society was founded. There was also more than a little apprehension when it was discovered it would be held in Needlehole, a somewhat sleepy village situated as it is in the far north-western edge of the Shire.

Meeting at Songburrow Hall in the late afternoon the party traveled by pony through Waymeet and on past Dora Brownlocks farm before joining the winding road that led all the way to Needlehole and the Rushock Gate. On the way they were joined by a number of hobbits all curious and bold enough to make the journey.

If anyone had expected a grand welcome at Needlehole then they would have been disappointed, life in these outlying parts of the Shire proceeds very much at its own pace, but that is not to say they were unwelcome. A few villagers had turned out and their numbers were swelled by a good number of travelers that had arrived well before the main party. 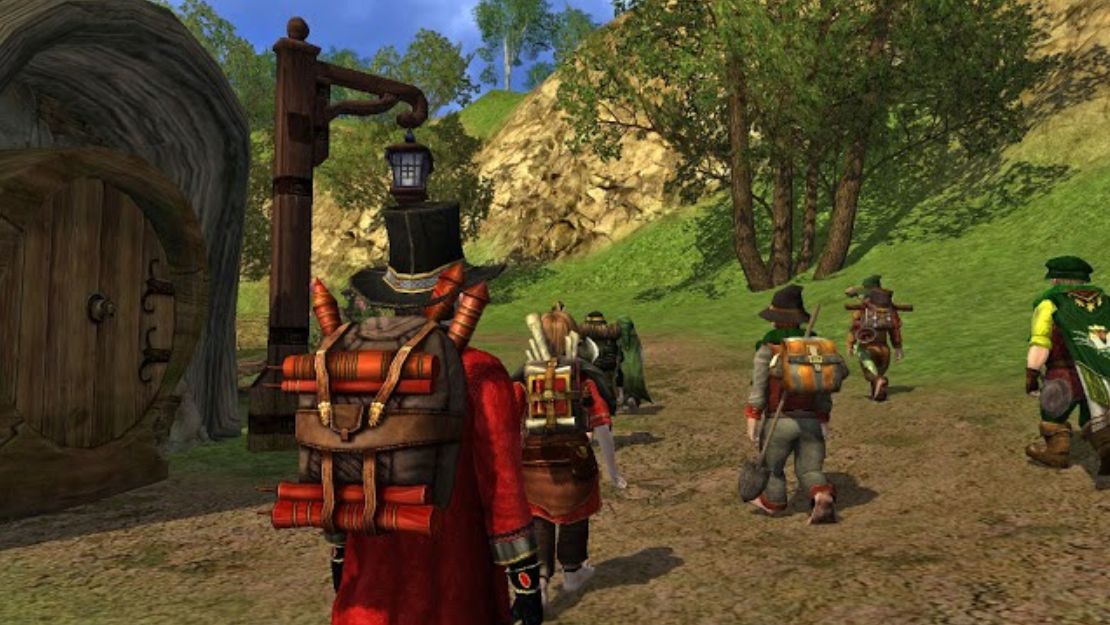 Miss Lina Willowwood, the society’s chief organiser soon got down to proceeds with a welcome speech and an introduction to the region, noting that many different folk had helped shape this corner of the Shire over the years. Speaking briefly about Elves her words left the audience reflective in a questioning mood. Soon Miss Rowana Fairborn, herself a knowledgeable scholar gave the first of her two lectures planned for the evening – the first an interesting discourse on dwarves and their influence on the area. She left the audience pondering the habit of pipeweed smoking among the dwarves and herself enjoyed a pipe of Old Toby as a mark of respect to Tobold Hornblower who cultivated and planted the very first pipeweed in the Southfarthing.

After some much needed refreshment Master Simbo Rumblebelly the renowned poet delighted the assembled crowd with the first part of his epic poem set in Needlehole and entitled ‘The Tale of Old Garbo’. In true fashion he left the hobbits wondering what would befall poor Garbo in the second installment, while Miss Akelay Shrubland stepped in with an impromptu and enchanting song, proving that she is as proficient with the lute as she is in catching and preparing the local catfish.

After a substantial supper of Budgeford pork sausages, bread and spiced catfish cakes cooked over charcoal on the open fire, Miss Fairborn was once again ready to reveal a little bit more history. Her subject this time was the far ranging subject of the kingdom of Arnor and its influence on the Shire and its people. A little light on detail for the most scholarly among the audience the lecture nevertheless covering some interesting and well thought out points.

However if anyone thought that they would go home unsatisfied Miss Willowwood proved to have one more surprise up her sleeve. Expanding on Miss Fairborn’s earlier lecture she went on to retell a moving and at times frightening account of the troubles in the North and the Fell Winter, never once referring to her copious notes or loosing the gripping pace of the story.

To round things off a group of musicians had prepared a final song to lighten the mood and it was at this time that the long promised tot of brandy was handed around – a fine and warming vintage straight from Songburrow Halls own cellars. Crossing that ancient stone bridge constructed by dwarven craftsmen that led back towards the village of Needlehole there was a calm and satisfied murmur among the crowd that had gathered. Lanterns swung merrily as the hobbits talked among themselves with voices occasionally raised in song as the lights of Needlehole welcomed them once more. 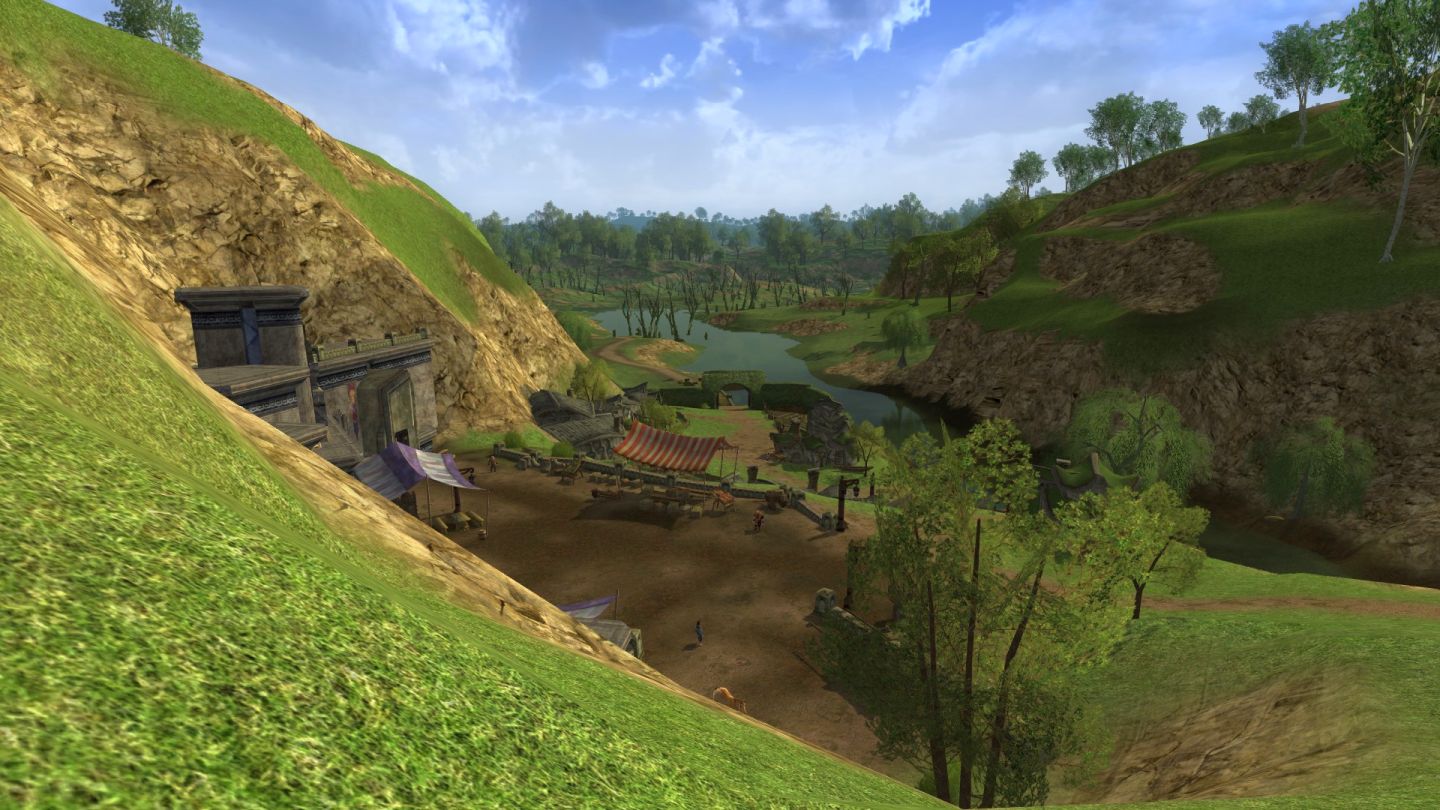