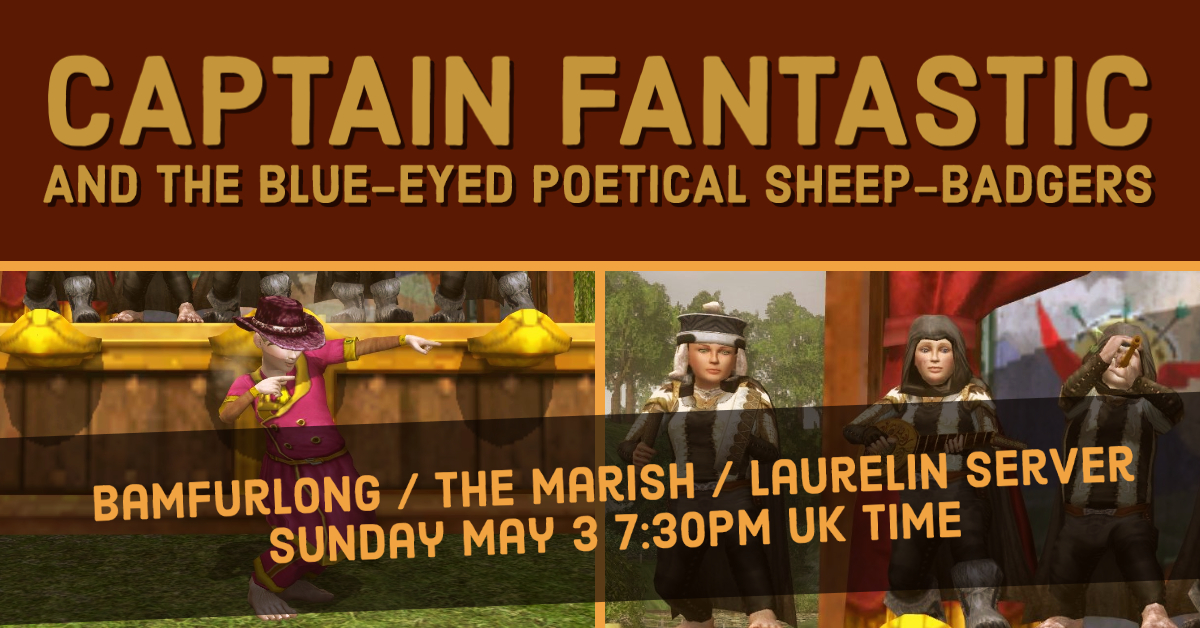 It’s not spring until the badgers sing!

As usual, we’ll just have to go try find those singing spring badgers in the Shire forests, who greet the spring with song. As usual, we’ll probably be disappointed. 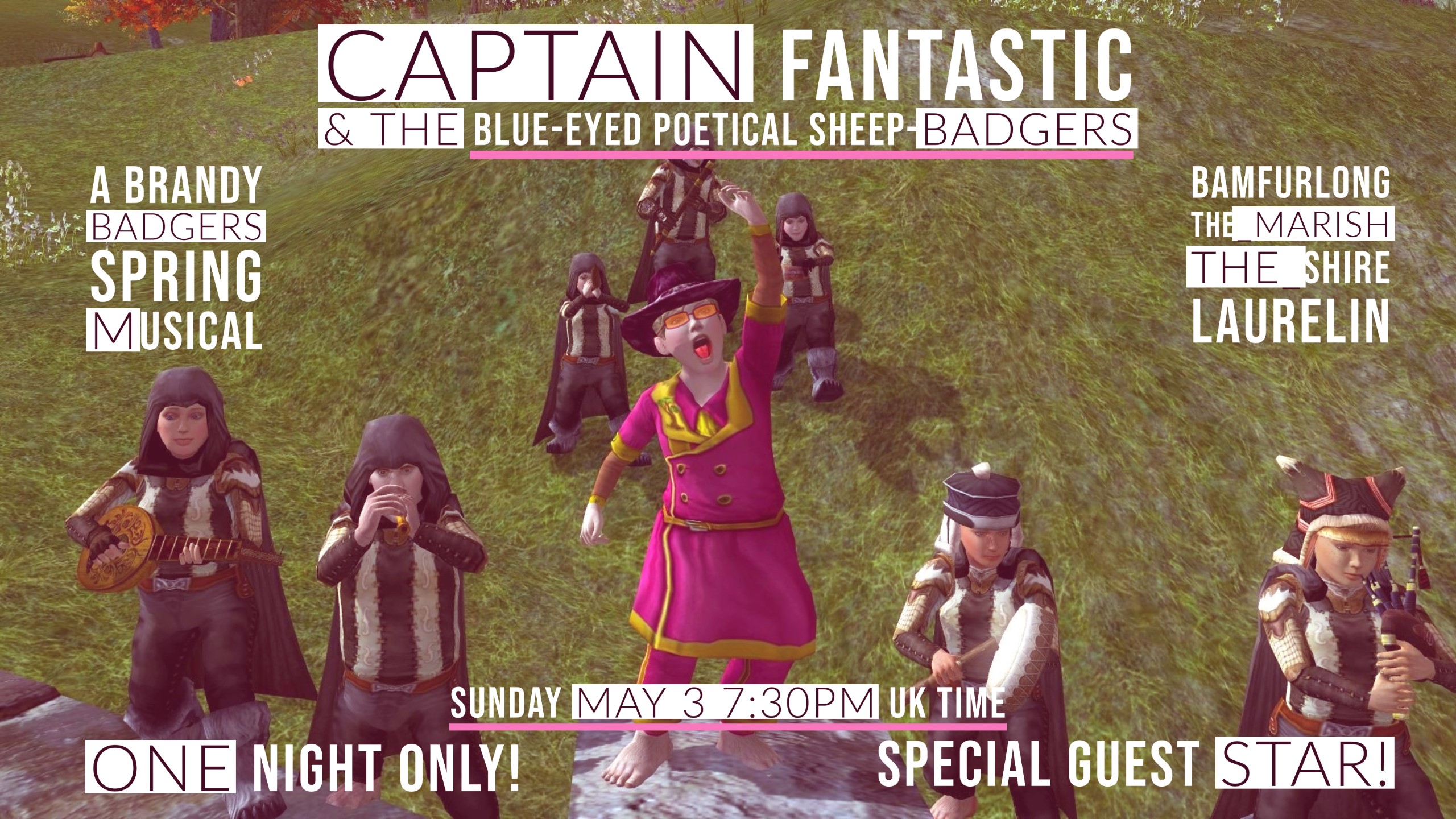 So, the Brandy Badgers have a backup musical for the night, telling the tale of … Berno, poetical lad extraordinaire, who had the misfortune to find a gem in his last slice of yule pie, meaning he has to find a blue-eyed lass to marry (don’t ask, it is an old Shire tradition). Enter his best friend Reginald, musical lad extraordinaire, who takes the pair on a grand quest involving steak, rolling pins, Brockenborings sheepdogs, musical badgers and rivers that never really run where you expect them to. Wonderful wacky wonders and hilarious hi-jinks may or may not ensue!

Welcome to a tale of high drama, low comedy, blue eyes and soft berries! And lots of grand music. Come join us outside of Bamfurlong on May 3rd! We will meet just north-east of the Bamfurlong farm in the Marish area of the Shire, just inland from the Bucklebury ferry. See the map and image below.

Tickets for the musical cost 10 berries.

The event will be a musical, based around the real-life songs of Elton John and Bernie Taupin. However, the story and song lyrics will all be somewhat LOTRO lore relevant (and performed in the /say channel). The musical will be performed by The Brandy Badgers, an in-house music collective of the Grand Order of the Lost Mathom.

This is a hobbit-themed tale, although if there are travellers from out of bounds who have good reason to be into hobbit music and badger mythology, then you are of course welcome along! Just remember to behave well and stay at the back, so you don’t block the view of the locals! This is also a roleplaying event, so please keep chat in-character and don’t discuss things not belonging in Middle Earth. 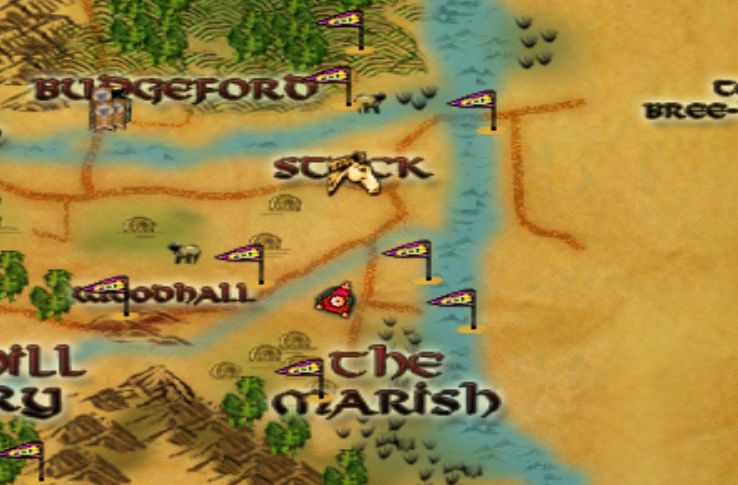 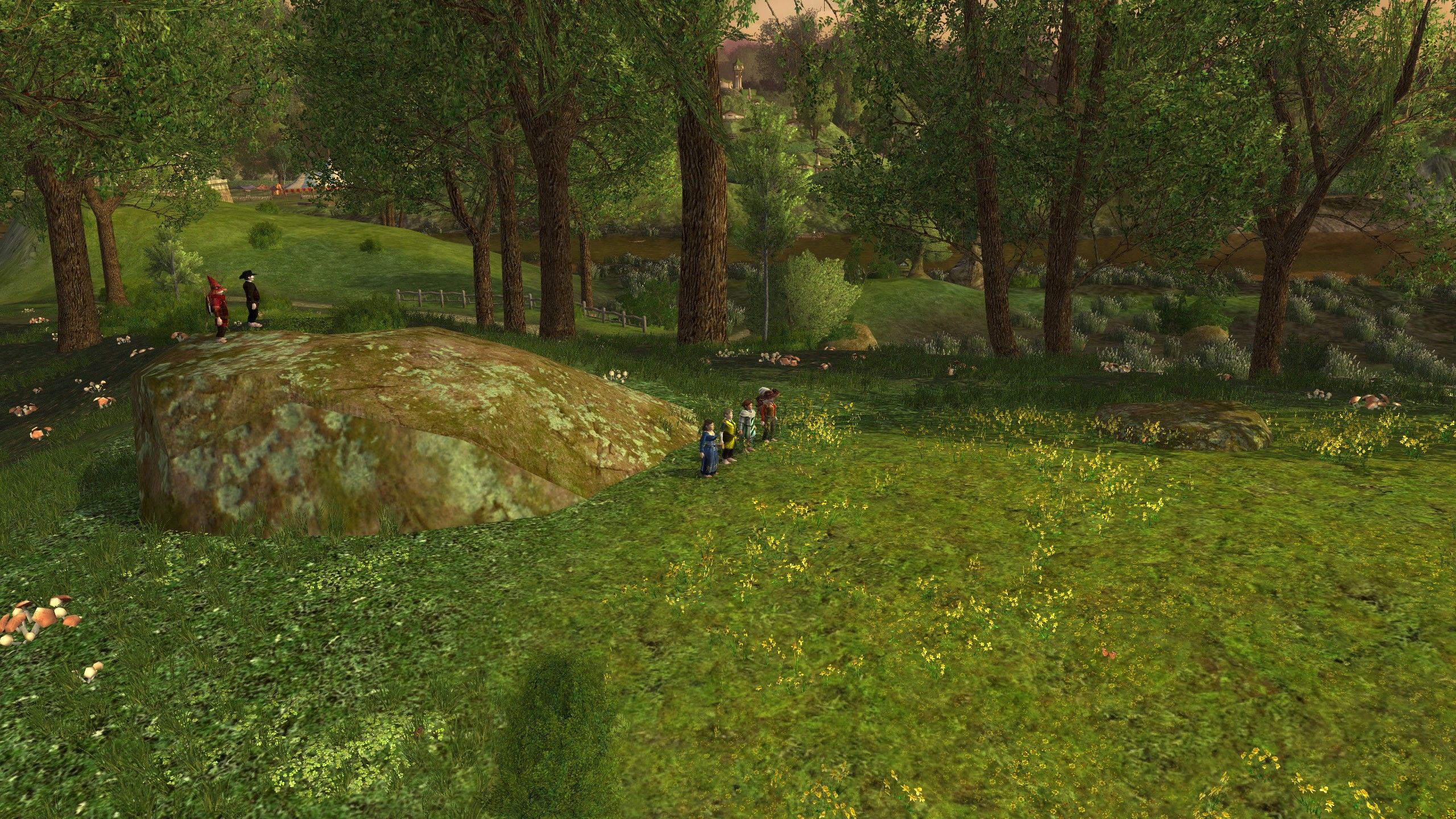 View of the stage area. Stock tower and the Brandywine can bee seen behind the trees.

Rehearsal for The Brandy Badgers! New song notes are available in the usual place! Others are of course welcome to stop by and listen!Share this:TwitterFacebookRedditEmail
Jul
23
Thu
all-day Wedmath
Wedmath
Jul 23 all-day
Eight month in the hobbit calendar. 24 July to the 22nd of August Hobbit calendarShare this:TwitterFacebookRedditEmail
View Calendar